Sport has had a close relationship with mass media since printing turned the written press into a media accessible to every audience. However, to find the first written piece about a sports event we must get back to the year 850 BC, when Homer registered the wrestling match of Ajax with Odysseus.

Centuries after, in 1921, the first live broadcast in history took place. The written press did its information job after finishing a sports event. The growing number of fans demanded to be able to follow an event without having to wait for the later column. To meet this need, KDKA radio station in Pittsburgh, broadcasted live boxing combat. This first broadcast was successfully received by the audience.

When TV became popular, this format also turned in the fans’ favourite media, beating the radio. With the internet’s arrival, this format also started to be consumed in all kinds of devices: computers, tablets, mobile phones, etc.

Currently, the sports industry is experiencing a change in the platforms where content is consumed. Tik Tok, a social network focused on video consumption is rapidly growing among the new generations. 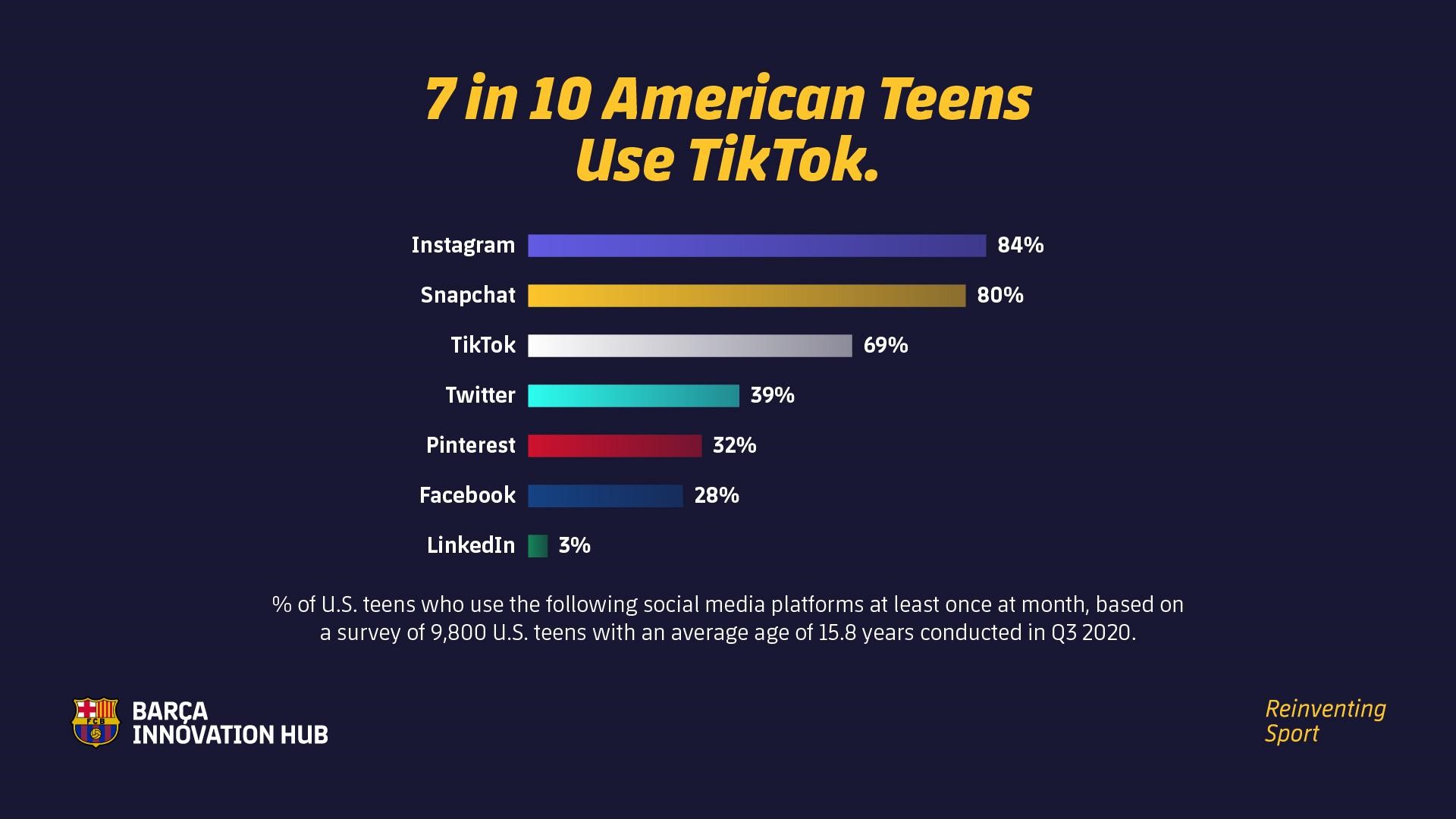 It is over Facebook and Twitter, and it is getting closer to Snapchat and Instagram. Tik Tok is a social network to consider when promoting a brand to the youngest audience.

It is no wonder that many sports organizations are focusing on growing their presence in the app, offering content centred on highlights, interviews and behind the scenes. The platform only accepts videos of up to 3 minutes long, even though they are working on the chance to reproduce 10-minute videos. This limit on content duration makes it impossible to upload a complete game to the platform, eliminating the illegal full games broadcast problem that exists on

In 2019, the NFL, US National Football League, stroke a deal with Tik Tok to promote the beginning of the league using the hashtag #WeReady. In this way, the competition fans could support their favourite teams with videos shared on the social network, using the official hashtag.

The organization was happy with the engagement obtained with this initiative and hopes to carry out more actions in the future.

NBA, NHL and MLB have also encouraged the creation of Tik Tok accounts among the teams in these leagues.

TikTok and the Olympic Games

In a Games edition marked by the pandemic threat and the opposition to celebrate the event on part of the residents, Tik Tok meant fresh air in regard to content creation.

Tokyo 2020 was the first Olympic Games since Tik Tok appeared, and countless athletes took advantage of the situation to share moments from the Olympic Village with their thousands of fans.

However, the star content has not been the sports highlights of the competition or the celebrations for winning a medal. The athletes’ day-to-day was the most consumed in the app. Videos showing how the cafeteria works, athletes trying to use (the extremely tiny) shower in their rooms or bike rides around the Olympic Village have kept millions of spectators entertained.

We are, therefore, experiencing the humanization of elite athletes. The public is not only interested in athletes’ sports achievements, but they are also interested in knowing who the person is hiding behind that dorsal, how they face the challenge of participating in the Olympic Games, and how they spend time when they are not training or competing.

This shift in the public’s interests arises, especially, from two reasons:

In a Games edition in which the TV audience did not reach the numbers of past editions, Tik Tok meant a reconnection with the youngest audience.

Sports fans’ interests are changing, and with them, the way in which organizations interact should shift too.  We have seen how multimillionaire organizations hit agreements with Tik Tok apart from enjoying watching the Olympic Games as we have never done before.

It is still soon to assess the total impact of this platform in the sports world, but everything points out that the new content consumption model has come to stay. Making the most out of this new reality will depend on each organization and club.