Those who have watched elite football across the last decade, realise that the game is more demanding than ever1. This places more emphasis on training methods to prepare players for the rigors of the game2. If we use the mantra of ‘train like you play’ it might be wise to complement existing practices with conditioning drills related to a players’ tactical role3(position specific) and even elements of the club’s playing style/energetic profile4(positional play). Thus, this piece will explore how such a stimulus can be incorporated into two areas of football conditioning: (1) team training and (2) individual end stage rehabilitation. Examples are presented from two European clubs.

FC Barcelona employ a unique training model, incorporating a general and positional stimulus4. The distinct playing style adopted informs training. Emphasis is placed on passing and combinationplaywhile loading players physically5Adding an extra layer of detail to training, staff examine match physical performances of each position/player to prepare game scenarios5. For example, GPS data captured from FC Barcelona players reveal that centre backs and forwards have lower physical match demands than full backs and midfielders4,5. This is combined with football specific context to create conditioning practices for the collective but also positions and individuals. Conditioning modes used at the club include simulated situations in the form of team circuits, small sided games and positional play drills.

Circuits were developed to physically load players in relation to position specific activities while adhering to the teams playing style and individual player traits. For instance, players occupy common pitch areas for their respective positions. One version of the circuit commences with a defensive midfielder heading a ball at the halfway line, before dribbling and passing the ball wide to a full back. The full back then dribbles it before passing to a supporting midfielder so he can overlap at high intensity before turning rapidly to recover to a defensive position. Three midfielders then switch the play. The opposite full back runs down the channel while one forward drives inside. The full back receives the ball from a midfielder and dribbles along the flank before crossing into the box. All forwards break into the box while the centre backs defend the cross. This sequence can end after this or be extended by a recovery run. This can be varied to challenge players with different scenarios with load controlled by manipulating rules/drill configuration, work/rest, reps etc. Drills in which all positions are worked in unison with specific ball work adds variety to training while loading physical qualities alongside some tactical elements. However, these circuits do lack dynamic, unpredictable scenarios whereby individual and collective positioning needs to adapt and react accordingly, hence the complemented use of position play drills (see below).

Other simulated situations used by FC Barcelona that have a subtler positional stimulus but align with their playing style are adapted small sided and positional games. These games are more dynamic than the circuits above as players have priority areas in which space is tailored to the player’s customary context in competition but without any rules restricting the players’ space during the task.6Some games adhere to the principle of ‘positional play’ whereby players collectively work with a high tempo to pass the ball to each other in close spaces to draw in pressing players so they can pass to a wide open player to exploit space (e.g. Paco Seirul•lo methodology). Although these drills are certainly not position specific they require selected roles to position themselves intelligently (e.g. full backs are wide and move up and down the line while central players move between the lines in highly dense middle areas) and the team works dynamically and collectively in unison. These positional play games do place different physical demands on selected roles. For example, using ‘joker’ players (also known as ‘floating’ players) encourages ball retention and generates numerical superiority for the team in possession.6Thus, ‘joker’ players only experience an offensive role, in possession, thus this can be tailored towards distinct players. The physical demands placed on the ‘joker’ players in the figure below are lower than that imposed on others in the game (particularly for 8v8+3 versus 4v4+3 formats)6. Additionally, game scenarios in 3v2+2v1 also physically overload players in their offensive/defensive roles but are not necessarily position specific but mimic common dynamic positional scenarios while conditioning players. Rules, player numbers, area, work/rest can all be adjusted based on the conditioning aim (speed or high-intensity aerobic training etc). Thus, game context is absolutely key for training prescription7. For instance, factors such as the conditioning aim of the drill, the style of play of the team in addition to the position of each player can be accounted for. These are important pieces of the jigsaw in order to prepare training tasks so players can perform effectively. Using this approach, some of FC Barcelona’s conditioning has a distinct positional element to it (e.g. position-specific and/or positional play). In the following video you can see some simulated situations in the form of positional games and a variation of a tactical circuit.

Throughout the rehabilitation process, elite players are exposed to various conditioning to enable a return to training and games8. Once players enter end stage rehabilitation and are medically cleared to perform maximal running and changes of direction, there is a need to prescribe drills based on the demands of training. Such drills not only prepare players for the physical demands of training but also the unique movements, skills and tactical actions required for their distinct position9. Players continue developing their aerobic fitness during end stage rehabilitation, therefore position specific drills can supplement on-going endurance training. In addition to providing a training stimulus, position specific drills that include sprinting, jumping, kicking and changing direction also place extra demands on the neuromuscular system ensuring players are robust and able to cope with training10.

Drills using intervals enable practitioners to target certain physical qualities to ensure players adapt and thus return successfully. An effective mode for this stage of rehabilitation is speed endurance training, as it improves football endurance and sprinting abilities11. This requires a player to perform intense football activity for 20-30 seconds using recovery periods between 40-180 seconds, which is repeated 8-10 times dependent on the aim of the drill. This taxes players aerobically and anaerobically whilst involving the ball, so is ideal preparation before a return to team training (complementing drills emphasizing other qualities)12Liverpool FC Academy fitness/conditioning staff use an appropriate blend of science gathered from match analysis and the art of coaching to design position specific speed endurance drills. Match analysis demonstrates that intense running during games is greatest for wide midfielders and lowest for centre backs, with full-backs, central midfielders and centre forwards falling somewhere in-between9. Contextualised match data provides insight into purposeful efforts in and out of possession and not just ‘blind’ distances and frequencies9. For example, in possession, centre forwards performmore efforts in the offensive third, whilst driving through the middle, running in behind, and breaking into the box. Whilst full backs and wide midfielders produced more efforts overlapping and running the channel 9. They also perform more crosses after these runs due to efforts finishing in wide attacking areas. Out of possession, positions with a major defensive role in the team like centre backs, full backs and central midfielders produce more intense efforts covering space or team-mates and recovery running, whilst all positions perform frequent efforts closing down the opposition9. Thus, these patterns were translated into isolated position specific conditioning drills for players during end-stage rehabilitation. An example for a wide midfielder can be seen in the video and figure below, driving inside was specifically related to the teams tactics for this position. Data captured from GPS units worn by Liverpool FC Academy players returning from injury revealed that wide midfielders and full backs covered more intense running across these drills, which is consistent with match trends13. Furthermore, centre backs and forwards covered the lowest overall distance but performed more intense accelerations and decelerations12. This format can be useful for ‘top up’ sessions when players are not getting game time or additionally multiple positions can be worked in unison to add a more dynamic scenario and stimulus.

The conditioning coach not only prepares players for the demands necessary for training but also familiarizes them with ball striking, discrete positional movements, orientation of space on the pitch, whilst providing a reactive stimulus so players are exposed to uncontrolled movements when training with additional players. Elite clubs should use their analysis department to study player movements to create bespoke drills that are not only position specific but ideally individual specific (moving away from ‘blind’ distances/frequencies). This may enable practitioners to identify movement dysfunction and improve mechanics such as turning off a particular shoulder or body position when decelerating to press an opponent. 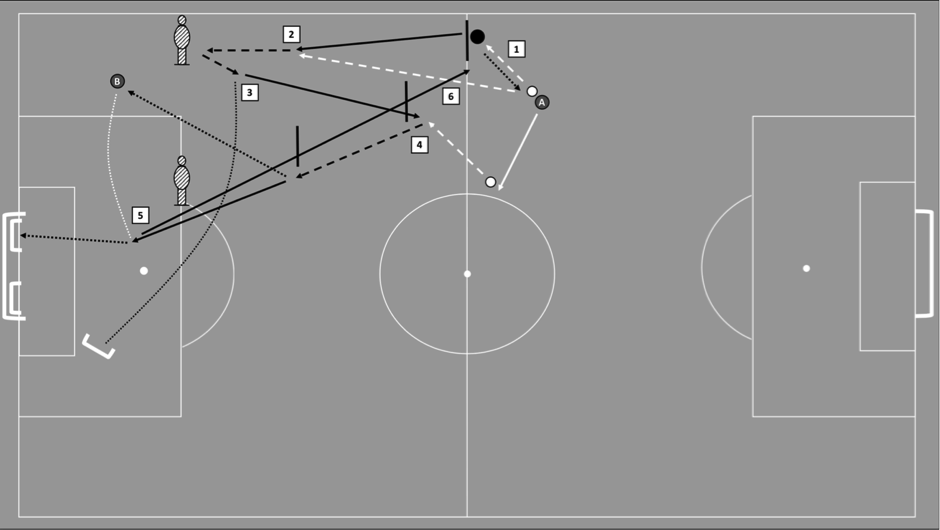 Elite football training requires a blend of science and the art of coaching to design appropriate team and individual drills7. The approaches presented (position-specific and/or positional play) illustrate that context really does matter when implementing personalized conditioning practices. It might be advantageous to supplement training with a stimulus related to a players’ tactical role in the team and even elements of the club’s playing style/energetic profile. It’s important to stress that there are many effective ways to accomplish this type of work and we have only provided a few examples for the interested reader (e.g. many approaches can be used that are specific to the methodological and cultural aspects of clubs). Future work should ideally detail football specific context when providing conditioning guidelines and integrated match analysis could be advantageous for this purpose7,9,12,14,15.

U-19 Fitness Coach at FC Barcelona

Sign up to Certificate in Training for Team Sports