PLAYER MIGRATION AND THE PERFORMANCE OF ELITE FOOTBALL TEAMS

Globalization –the process driven by the increase in cross-border flows of goods, services, money, people, information and culture1– has dramatically affected western societies and football is not isolated from this phenomenon. The free circulation of players has increased substantially during the last 25 years, because the limit of foreign players in the European leagues has been banned or more permissive as well as clubs developing more of a entrepreneurial mentality.2 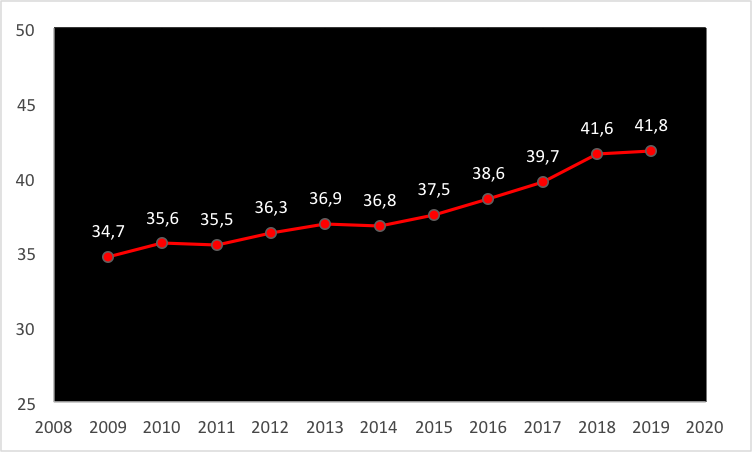 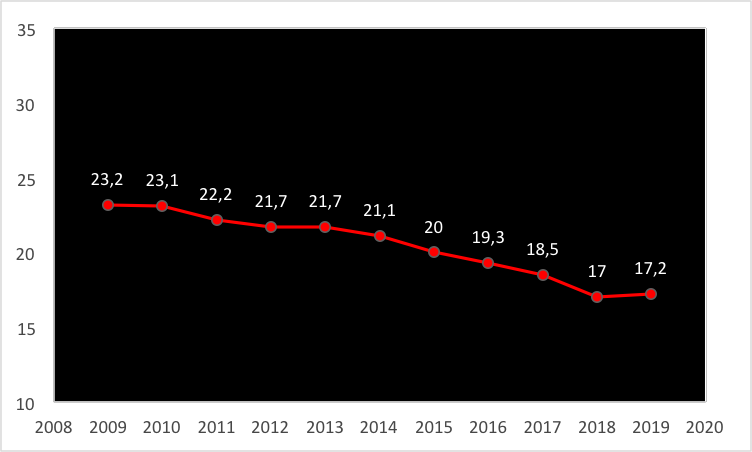 A recent research5 has analyzed the relationship between the migration of players and the annual ranking of the national teams of each country according to the World Football Elo Rating. The study, published in the magazine Frontiers in Psychology in 2019, was based on the annual analysis of 243 countries in the period 1994-2018. The migration was measured collecting the number of emigrant players from each country that played in some of the following competitions: Spanish La Liga, Italian Serie A, English Premier League, German Bundesliga, and the French Ligue 1 (all together known as the “Big-Five”). The results showed that the outstanding performance of a national team in a championship causes a high number of players from this country to immediately migrate to another competition with a higher football level. The best football players are quickly signed by wealthy clubs. However, the impact of the players from the national team that emigrate, doesn’t have such a big impact and it isn’t that fast. The positive impact of these emigrant players for the position of their national team in the World Football Elo Rating takes place 4 years after their departure to another country.

It seems that the future of football is attached to an increasing globalization phenomenon. Player migration is becoming a key aspect to explain the performance of the teams. The data indicates that having players trained in home clubs is becoming less important. The challenge for the teams may be to combine both strategies: support training good players in the home club and reinforce the team with football players from other clubs when their own players aren’t that good for a given position.

3 Poli, R., Ravenel, L., and Besson, R. (2019). The demographics of football in the European labour market. Avaliable at: http://www.football-observatory.com/IMG/sites/mr/mr49/en/

Jump as a Fatigue Indicator

The monitoring of neuromuscular fatigue in athletes is very relevant when planning training sessions and competitions.

How to organize training in team sports. The Paco Seirul·lo proposal

Following the proposal made by Professor Seirul·lo, practical proposals and the way of understanding training in team sports must be viewed from their own specific perspective.

How does Cold Water used as a Recovery Method Affect Strength and Endurance in Sports Performance?

Recovery between sessions is extremely important for high training loads in professional sports.

Do players run less when their team is in possession of the ball?

The arrival of Johan Cruyff as FC Barcelona’s coach in 1988 caused a revolution in the way the game is understood and footballers are trained.

Which exercises work best to prevent muscle injuries in football?

Injuries are a major concern in football. Among all, muscle injuries are the most frequent ones, more than receiving a blow, fractures and joint injuries.

The strategy of major sports clubs is to consolidate the global impact they have had in recent years.

COVID-19 WILL ACCELERATE A REFORM IN THE WORLD OF FOOTBALL

There are two clear lessons we have learned from the pandemic: empty stadiums also empty football’s spirit, and leagues cannot be played in a normal condition if there is a permanent threat of disease.

ÁNGEL CAPPA, THE COACH AT THE CENTRE OF FOOTBALL

Cappa’s fundamental premise is to approach football without fear. You cannot coach a team ruled by fear of its rivals.

Science has changed training in team sports by modifying many routines and preparations. The quantification of everything which takes place in a training session is one of the goals for the staff.

In recent years, two training paradigms have revolutionised the way we understand preparation in team sports.

Having all players healthy and ready for competition is one of the main training objectives in top-level football.

KINEMATIC DEMANDS IN FIELD HOCKEY. HOW DO PLAYERS MOVE DURING A MATCH?

The introduction of the Global Positioning System (GPS) technology into the world of sports enables us to gain specific information about the speeds reached or distances travelled during training and competition.

PRE-SEASON DESIGN: THE INFLUENCE OF INITIAL RESULTS ON A TEAM’S FINAL RANKING

One of the first decisions a club’s coaching staff must take is the design of pre-season training.

PRE-SEASON. GETTING READY TO SHAPE THE PHYSICAL FITNESS OF PLAYERS

The objective of the pre-season is to seek the best individual and collective physical fitness of the team before beginning the competition.

SMALL-SIDED GAMES IN FOOTBALL. ARE ADAPTATIONS THE SAME FOR PROFESSIONAL PLAYERS AND AMATEURS?

THE USE OF WELLNESS QUESTIONNAIRES IN FOOTBALL

Training load (TL) management is a key component for optimising performance. Understanding TL will allow us to evaluate fatigue and to anticipate overload and overtraining in order to minimise injury risk.

APPLYING THE PRINCIPLES OF JOHAN CRUYFF TO DATA SCIENCE

With such an ambitious goal, the Barça Innovation Hub has presented its research at this year’s world-renowned MIT Sloan Sports Analytics international conference.

EVALUATION OF THE INTERNAL LOAD IN FOOTBALL: FROM THEORY TO PRACTICE

The development of elite sports has meant that players are constantly exposed to higher training loads, busier competition schedules and shorter rest periods.

MAXIMUM DEMAND SCENARIOS IN POSITIONAL PLAY: ARE THEY EQUALLY REPLICATED ACROSS ALL POSITIONS?

Players’ conditional response during competition, for example, distance covered at a run, has traditionally been described using the average value covered during a half or full game.

THE INFLUENCE OF THE PERCEIVED EXERTION RATING ON FOOTBALL TRAINING AND COMPETITION.

Monitoring training load is one of the fundamental tools for optimising the performance of both elite athletes in general and football players in particular.

HOW DO THE NUMEROUS CONSTRAINTS AFFECTING ATHLETIC PERFORMANCE RELATE TO ONE ANOTHER?

We know that athletic performance is a complex phenomenon that depends on numerous constraints, but do we know how these constraints relate to and interact with each other?

Despite the growing interest in Paralympic sports, research into performance in elite wheelchair sports has seen very little development.

The ability to sprint is essential in the majority of team sports, including rugby, soccer, and basketball. But this ability is not developed in stable and controlled conditions: players are constantly subjected to variable demands, whether receiving, carrying, passing, hitting, or throwing the ball.

ARE SMALL-SIDED GAMES THE SOLUTION TO ALL OUR PROBLEMS?

One of today’s most attention-grabbing topics among sports researchers, coaches and managers have to do with the study of maximal demand scenarios, also known as “worst case scenarios”.

Those who have watched elite football across the last decade, realise that the game is more demanding than ever. This places more emphasis on training methods to prepare players for the rigors of the game.

WHICH VARIABLES DO WE TRAINERS LOOK AT TO HELP US MAKE DECISIONS?

Of all the variables provided by the systems that monitor and record our players’ activity, what is the most relevant information? This is a question that all coaches will probably face when they begin managing the large volumes of data generated in every training session.

For the first time, our new research may provide some insight into the training methodology and, potentially, the secrets of the club’s success. These “secrets” could be closely associated with the theories put forward by coach Paco Seirul·lo and how they link with cutting edge sports science.

HOW PHYSICAL DEMANDS ON FOOTBALL PLAYERS VARY BY THEIR POSITION

Although there are several studies on this topic, many of them have analyzed these demands by looking at just a few variables or using very broad timeframes. A new study completed by physical trainers from F.C. Barcelona has analyzed several of these details more closely.

Degrees of freedom or degrees of slavery?

The understanding of the modifying variables of the game, based on the degrees of freedom.

The goal of this post is to outline a series of principles that are considered to be crucial to understand the development of FC Barcelona’s playing style.

Training using eccentric exercises is important to prevent possible damage. However, intensive training can also cause muscle damage, so it is critical to be vigilant in order to keep injury risk to an absolute minimum.