HIGH-PERFORMANCE SPORT AND BONE HEALTH. ARE ALL SPORTS THE SAME?

Osteoporosis is a highly common disease among a certain age, which presents low levels of bone mineral density (BMD) and bone mineral content (BMC) with an increased risk of bone fracture. This disease mainly affects post-menopausal women, but can also affect people among other ages, including children, and different conditions. In fact, it is estimated that the number of people with osteoporosis is going to increase to almost 34 million in 2025, which implies an increase of 23% in relation to 2010.

Physical exercise is suggested as a beneficial strategy to improve bone health, but the scientific evidence about it is still uncertain. For example, a meta-analysis (Nikander et al., 2010) which included 10 studies showed that, while exercise increases the BMD in children in pre-pubertal stages, in general, it does not induce the same effects in later stages (that is to say, teenager, adult or elderly people). This difference or controversy could be due to the practiced exercise since probably not all kinds of exercise have the same effects. Thus, to confirm this hypothesis, the responsible for the Sports Medicine Unit of the CAR and the medical staff of FC Barcelona, have recently evaluated data from high-performance sportswomen who played different sports in both high-level Centers, in comparison with a group of sedentary women which was used as a control group (Bellver et al., 2019). 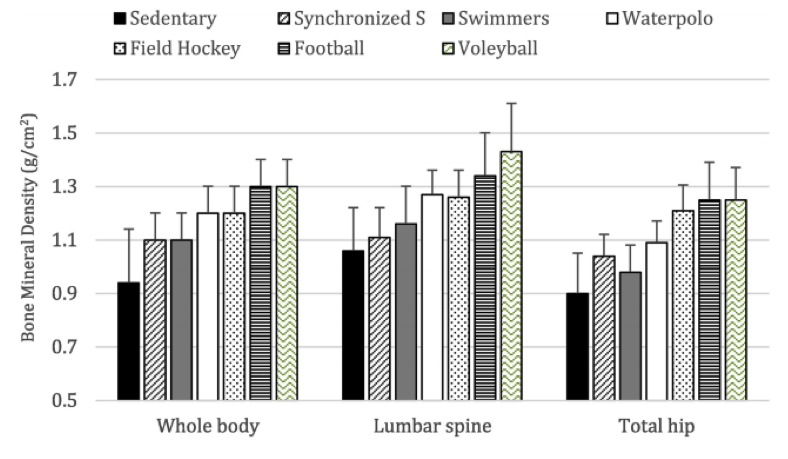 Other studies have also observed different results on the BMD, in relation to the sport practiced. For example, a recent study (Andersen et al., 2018) noticed that bikers presented a lower total and specific BMD at the low back and in the femoral neck compared to a group of runners in spite of the fact of performing a higher volume of training. Similarly, another study (Duncan et al., 2002) which included bikers, swimmers, runners, triathletes and a control group that did no exercise, noticed that runners presented a higher BMD compared to those that practiced sports in which there is no impact, that is to say, swimmers and bikers. In fact, only runners and not any other group regardless of the sport practiced presented a higher BMD than control groups.

In conclusion, these results show that exercise, even performed at the highest levels has no negative effects on bone health and in fact, it can improve bone health in comparison to sedentary population, and benefits will depend on the sport practiced. Mechanical stimuli activate a series of “osteogenic” bone-forming signals which ease bones to become stronger. These stimuli are almost non-existent when you do not work against the force of gravity like inside water, or biking. Hence, it is advisable to include activities that activate these stimuli (e.g., running exercises, jumps, or power training) to stimulate the BMD. 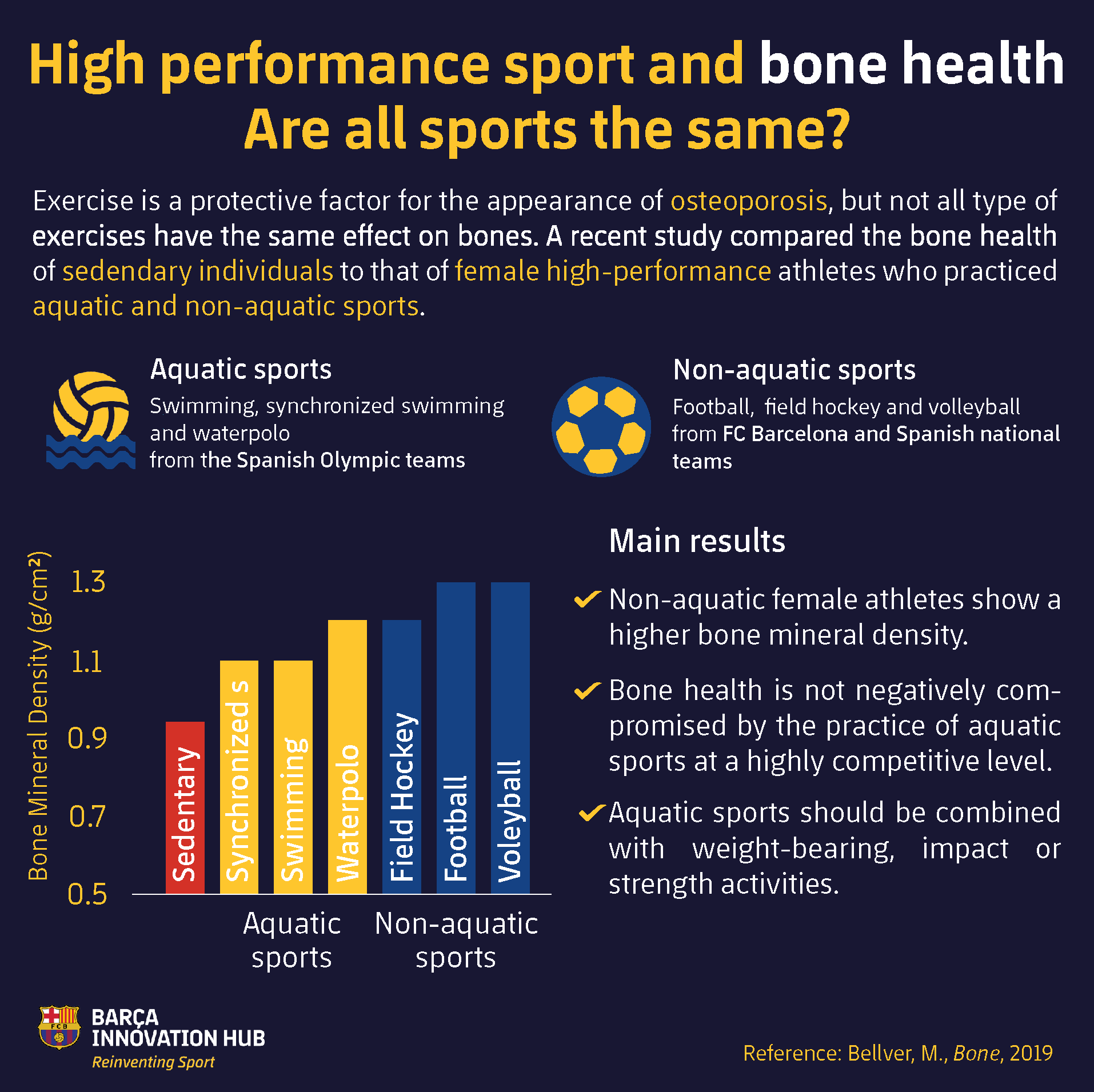