Esports: How is a millionaire industry supported?

Sign up for Introduction to Esports: why you could fall for Esports?

Esports competitions have been taking place for decades. Professionals and amateurs meet in arenas ready for the broadcasting of these events to enjoy top level competitions.

However, the first events were far from being like the current super productions in an industry that is valued over a thousand million dollars today. The industry has evolved since the first video game competition organized by Stanford University students in 1972 where the prize was an annual subscription to the Rolling Stone magazine.

How do esports make money?

International competitions with a professional production level, athletes with millionaire salaries, audiences which, in many opportunities, are more numerous than in traditional sports.

Electronic sports are on the same level as the biggest entertainment sports events in the world. How do they monetize and exploit their resources to keep such a relevant industry growing and existing?

Sponsorship has always been the main source of income in the electronic sports industry. In 2021, this trend did not change, and even though the money received by sponsors was the source of income with the lowest growth compared to the previous year, it still represents the greatest economic benefit by far. 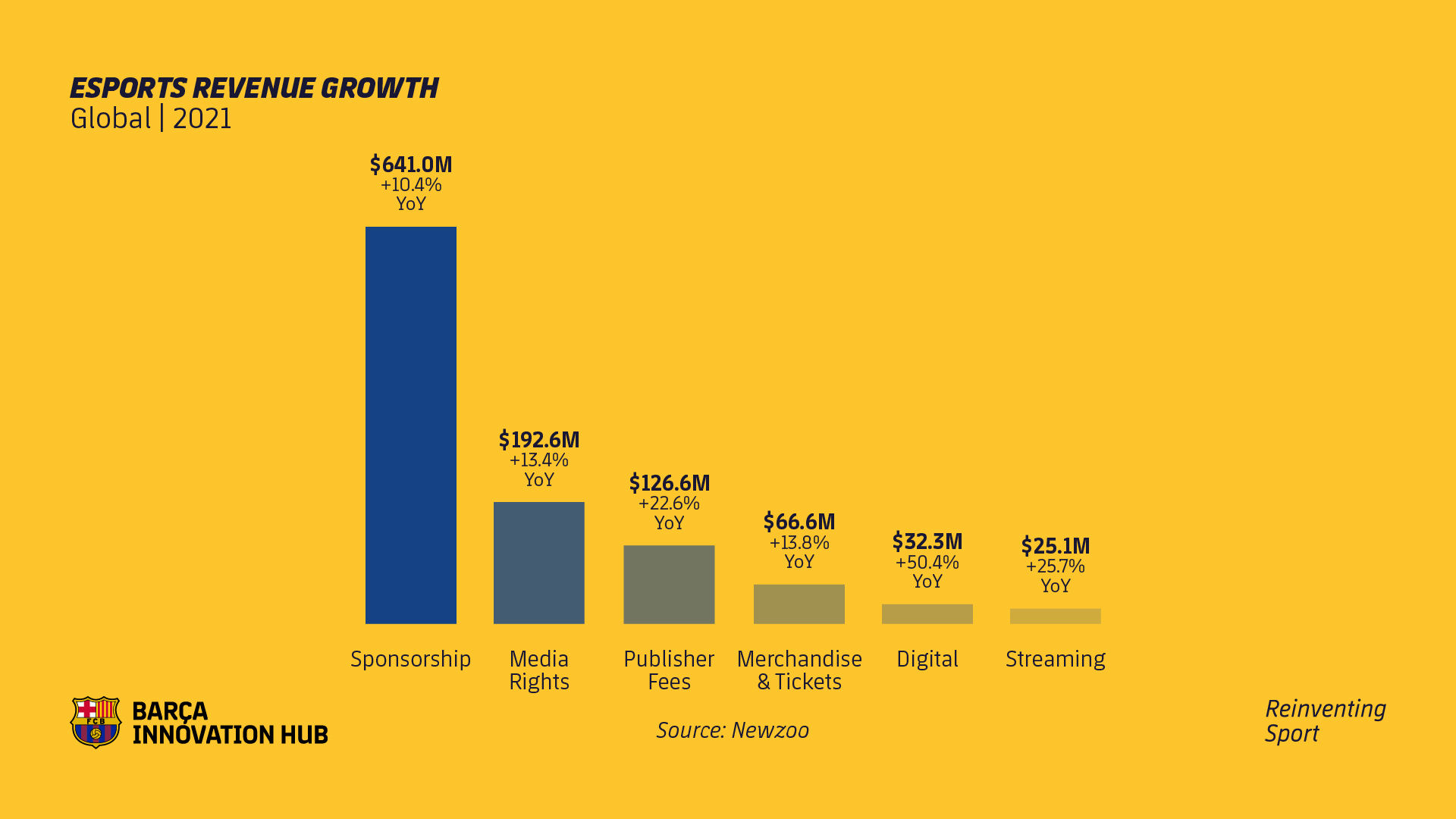 If we consider esports fans’ profiles, it is not surprising that brands want to get positioned within this industry. Esports offer a window to new generations which seem to be less interested in conventional entertainment such as television and traditional sport. The number of spectators is expected to continue growing in the next few years. 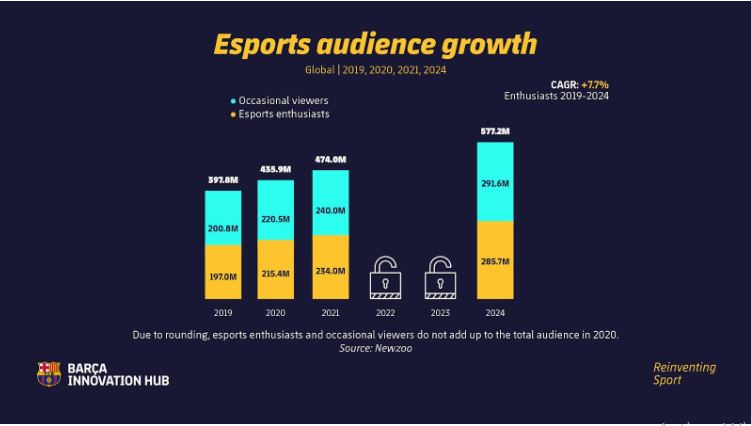 With a combined audience of over 400 million spectators, it is assumed that esports competitions broadcast rights are a huge source of income for the industry.  With almost 200 million dollars in 2021, which is a significant percentage, they are still far from having the relevance that the traditional sports broadcast rights have. Why?

Audience fragmentation is one of the reasons why esports find more difficulties monetizing broadcast rights. At present, this division emerges from the existence of a great number of playable names in contrast with traditional sports which are dominated by fewer sports.

Besides, there is not only one game per genre. Esports are divided into categories: MOBA, shooter, fighting, strategy, cards, etc. For each of these categories, there is a great number of playable titles, which fosters audience fragmentation.

Fans of shooter games, for example, can consume content of Counter-Strike, Rainbow Six: Siege, Overwatch, Call of Duty, etc. Even though they belong to the same category, they are independent titles with differentiated tournaments and broadcastings.  Even though the base of these games is the same, there are key differences that hinder the spectators from moving from one game to another.

For example, Counter-Strike fans can spend months learning all the mechanics of the title. The amount of time you have to use to just understand what is going on in the title is so big, that players may just stay in the game they already understand and enjoy.

Every time we are close to League of Legends or Dota 2 world cups, or any other relevant esports competition, the headlines echo the cash prizes.  Some years ago, the huge amounts of money that teams could win in the first position was shocking, but today this is something accepted by the community. The prize pool of The International, the top Dota 2 competition where the best teams in the world fight for the title, reached 40 million dollars in the last edition.

We should consider that this amount of money is split between the teams with the best positions. After that, each member of the team receives their part. Finally, the club also receives a percentage of the prize.

Managing an esports team that could be crowned world champion is not cheap. Especially when the salaries of top players could reach tens of thousands of dollars per month. For this reason, even though a club receives revenues for winning a competition, it won’t be enough to cover the expenses.

Every relevant team in the esports world has merchandising of their brand for fans to purchase their personalized products and wear the colours of their team.

This source of income depends a great deal on the engagement ability the organization has, apart from its number of followers. The more high-profile and known the club is, the more possibilities of selling big quantities of merchandising.

Everything signals that the benefits will continue to grow as new audiences are reached, but merchandising still represents a small part of the total benefits.

Esports generate millions of dollars thanks to merchandising, tickets sales, broadcast rights, etc, but the biggest part of the income that allows supporting this millionaire business comes from sponsorship agreements with different brands.

This isn’t necessarily negative, since electronic sports are the door to a great number of people who are difficult to reach in another way. While esports continue growing in audience numbers and turning into a new way of entertainment, brands will continue to be willing to invest millions to get positioned.

If you are interested in starting a career in the world of esports, FC Barcelona has two training courses that can help you. With the introductory course you will get a first contact with esports, and with our master’s degree in collaboration with High Tech Institute, you will have the necessary knowledge to launch your career in this industry.