It was in the 2014 World Cup when we knew about the first net-zero energy stadium. It was the Mané Garrincha Stadium, thanks to its complete renovation. One of its modifications consisted of installing enough photovoltaic solar panels on its roof to produce 2.5 MW of electric energy. This can supply half of the stadium’s energy needs.

What about the other half? Well, it has to be taken from the general electric network, and this is the first surprise for a fan when talking about net-zero energy stadium. Technically speaking, it is net-zero energy if they are capable to generate half the energy they consume, with renewable sources. It is the formula applied by the specialists, which is the result of subtracting the electricity of the network from the self-generated with renewable and clean sources.

It may not be known by the general public, but stadiums are one of the top energy consumers in our cities. Literally, they devour it. Just think of the number of visitors it receives for a match, which ranges between 30,000 people in small stadiums to more than 100,000 in the big ones. Gathering all the supporters in one place for the match means that the venue has to be prepared to supply enough running water, heating or cooling, and lighting.

And the energy consumption doesn’t stop here. Transportation to the stadium also consumes a lot of energy. In fact, 50% of the CO2 generated by a sporting event is produced by cars and buses going to the event. That includes the supporters, yes, but it also takes into account the food and drink that must be taken to the venue. that’s why clubs are looking into how to improve public transport networks, parking with recharge for electric vehicles, and pedestrian and bicycle lanes.

Therefore, a net-zero energy strategy is just one of the measures that can be taken to make a stadium sustainable and environmentally friendly. Something that big clubs, as well as the small ones, have started to apply because both fans and its local supporters are increasingly demanding more environmental awareness from brands, companies, governments and institutions. The difference lies in how it is applied, and the particular conditions that surround each venue.

The 2022 Qatar World Cup is a good example, for applying FIFA’s recommendations to generate green stadiums in a desert with a sunny climate like Doha. Solar panels are the energy source of the air conditioning within the stadium which flows below the stands and prevents the cold air to escape as it is retained efficiently. The carbon footprint generated this time by a World Cup event will drastically be reduced.

There are more remarkable developments taking place. The Alaska Airlines Stadium in Seattle filters the wastewater from all its bathrooms so that it arrives completely clean to Lake Washington, which is the home to the salmon. The Levi’s Stadium in California is another net-zero energy stadium, and it has a green rooftop with local plants that cool the stands naturally, saving on air conditioning. Other venues have established a support system for local charities, in order for them to receive food leftovers that haven’t been sold during the event. Another great example is the Forest Green Rovers stadium from England, as it is made out of wood, which is a better sustainable option than steel or cement. 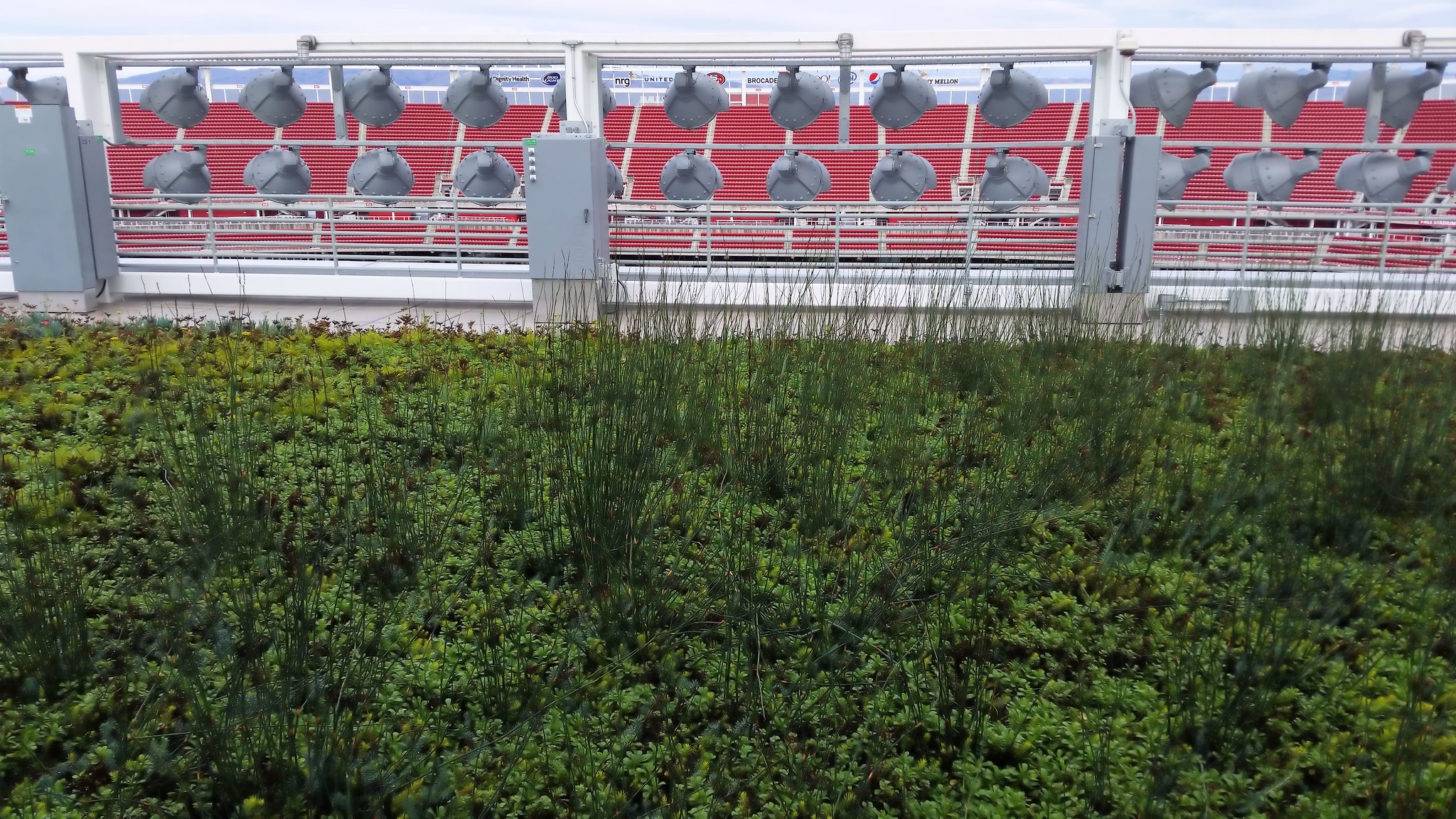 A general sustainable trend which most clubs are following is recycling the construction materials. This is something especially relevant when a venue is renewed because this kind of waste is very difficult to reuse. This material if crushed and treated can be used as land fillings or for another use in the new building, which can help achieve up to 99% in waste reduction.

Nowadays it is not enough to be a net-zero energy stadium, there are other aspects which will help to make it even more sustainable such as the location of the venue, the efficiency in the use of water, the conservation of materials, and the quality of the air inside. Analyzing all these characteristics will define if it is more or less sustainable. Many stadiums all over the world have obtained the highest environmental certificates taking into account these matters, which implies that they are genuinely environmentally friendly. The San Mamés stadium from Bilbao, was the first football stadium in Europe to obtain the LEED certificate in 2015, sharing the same rating as most of the top stadiums in USA.

The answer to the headline in this article is yes, there are net-zero energy stadium, and it is possible. Even those which are not, contribute with their efforts to preserve our environment and to reduce the negative effects of climate change. Of course, this raises another question. Why don’t all clubs undergo these policies?