Analysis of Football Players Match Demands: What is the Ideal Method for Load assessment and Designing Training Sessions?

Elite football players need to handle enormous physical and physiological demands during matches. Therefore, in the scientific literature there are many studies which evaluate how different load variables respond to football players during competition, such as lactate levels, heart rate or the effort exerted.

In recent years, due to technological advances and especially to the development of the global positioning systems (GPS), the coaching staff can painstakingly analyse the physical (or mechanical) demands of the players. These and other systems such as accelerometers give information on variables such as the distance covered or the amount of hard effort made above a certain speed, which can be indicative of the “hardness” of the game.

Several studies have tried to analyse through the GPS the demands that are presented in football players during a match. On the one hand, these studies can serve to discover if these demands are dependent on the type of game or player. Moreover, this information is commonly used to design training sessions that simulate the demands that players will have to cope with in the competition. In this sense, most of the studies are focused on analysing the “worst-case scenario”, i.e., the biggest physical demands that players have to cope with during a game.

There are numerous different methods when considering the worst-case scenario, but one of the most adopted ones is to make a record of the physical demands presented in the game (distance covered, metres run at high speed, etc.) and calculate the average every 3-5 minutes until the quarter of the game presenting more demands is found. However, there is considerable controversy over the effectiveness of these methods and the general concept of the worst-case scenario since it could not only depend on the type of player (forwards, defenders, etc.) but also on other variables such as the playing time, the demands created in other quarters of the game without taking into account the worst-case scenario or whether the player is in the starting line-up or not (since reserves can make more effort when they realise that they are going to play during a short period of time).

In the face of this controversy, a recent study published in the Journal of Sports Sciences by renowned researchers such as Andrew Novak, Franco Impellizzeri or Alan McCall, they’ve examined using GPS an average of 33 games of 21 professional football players (Premier League players).1 They described the worst-case scenario as a period of 3 minutes in which football players covered, in general, a longer distance, a longer distance at high intensity (more than 5.5 m/s) or a longer sprint distance (more than >7.0 m/s). In addition, the authors took into account variables such as the position of the players, the overall activity of the game leaving out the quarter considered the worst-case scenario, the minutes of play until the worst-case scenario is developed or if the player was in the starting line-up or sat on the bench. 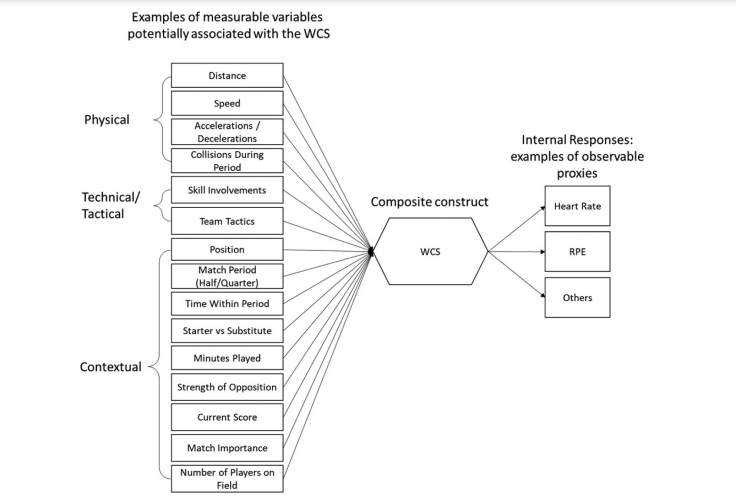 The analysis of the worst-case scenario has gained huge popularity thanks to GPS advances. Several coaches and physical trainers use this data to design trainings sessions that “simulate” the demands that athletes meet during games. However, as the results of the study mentioned above shows, these analyses can sometimes be too simple and can be an untrue representation of the complexity of the game and the variability of the demands that football players have to cope with during a game. This is the reason why the worst-case scenario must be analysed as an individual and multivariable complex, taking into account factors such as the type of player, the playing time, the physical demands throughout the game and other technical-tactical factors.