A year ago, one of the greatest experts in European football stadiums, Paul Fletcher, published a research about the impact of these buildings to the urban environment. He analysed the cities that had been home to the UEFA Champions League in the last decade, suggesting many interesting insights. The two main reflections were that there is a possible correlation between a team’s success and their infrastructure development, and that the influence of stadiums over their environment can boost the development of smart cities. Based on the data collected, Fletcher suggests that by 2060 clubhouses will no longer be buildings; they will become residential, medical, leisure, business and a cultural ecosystem. To achieve this, they will include hotel accommodation; universities or training centres with a residence for their students; their own medical centres which will pioneer in sports medicine; flexible facilities for concerts and massive events; pitches for sports practice open to the public; and lovely venues for conferences, business events and e-Sports exhibitions. Ambitious, but not impossible: several sports cities already include facilities like these, but only their teams are allowed to use them. The usefulness of these infrastructures on non-match days is a global trend as well and it is increasingly growing. Moreover, projects that are already being developed coincide in establishing these stadiums as leisure venues for entertainment as well as business centres that are not just limited to sport events.

All the big teams in the world are addressing the stadiums’ modernisation, following the trend identified by Fletcher, who associates sports success with state-of-the-art facilities. However, not everybody can do it in the same way. It depends on whether they are located in urban or metropolitan areas. The urban stadium was built decades ago in the suburbs, and the growth of the city has surrounded it with a dense and crowded district. The metropolitan stadium is located on the outskirts, in areas where the city keeps growing, and it is well connected. They both have the ability to influence their environment, but in very different ways. The characteristics of these undergoing projects, and those that will soon be started, show us the way to address this change towards the future in both cases. 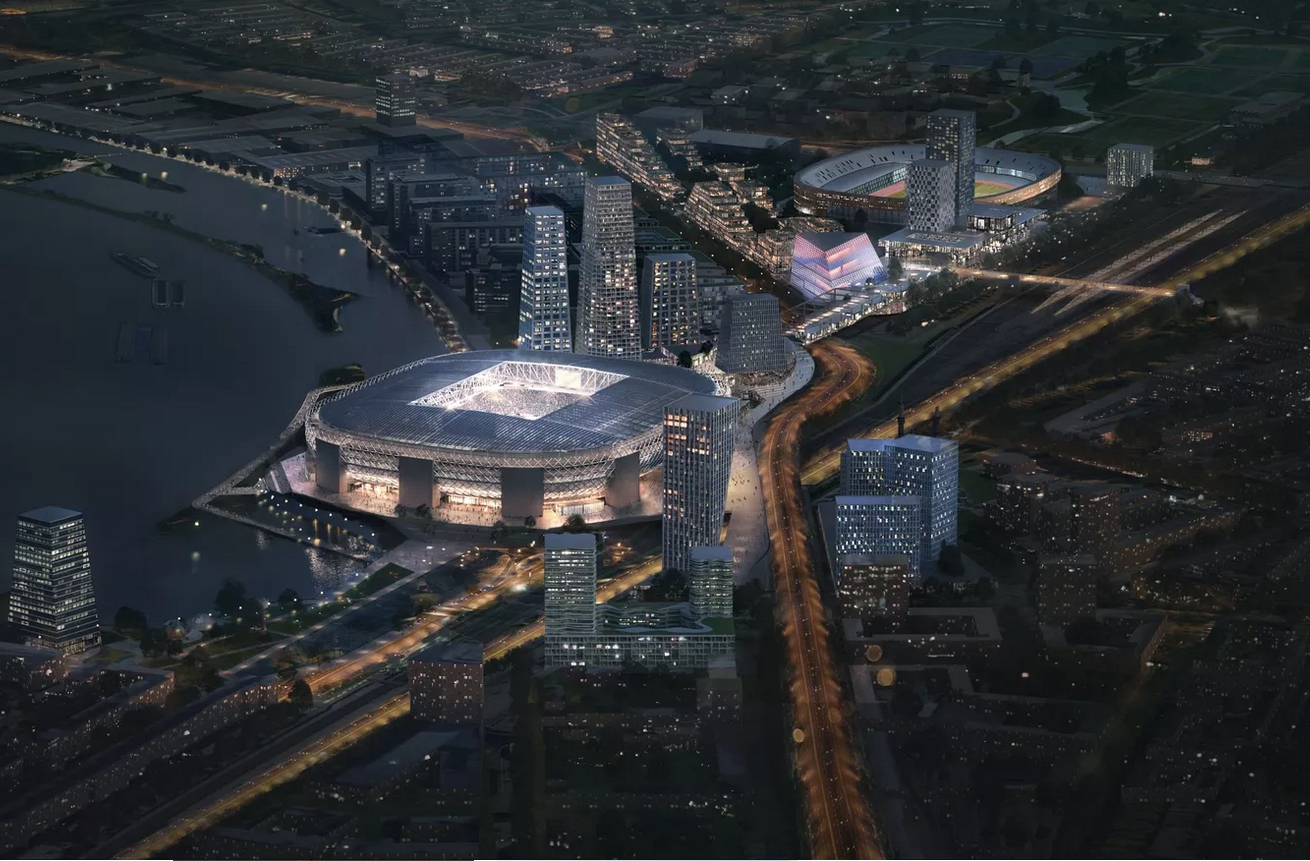 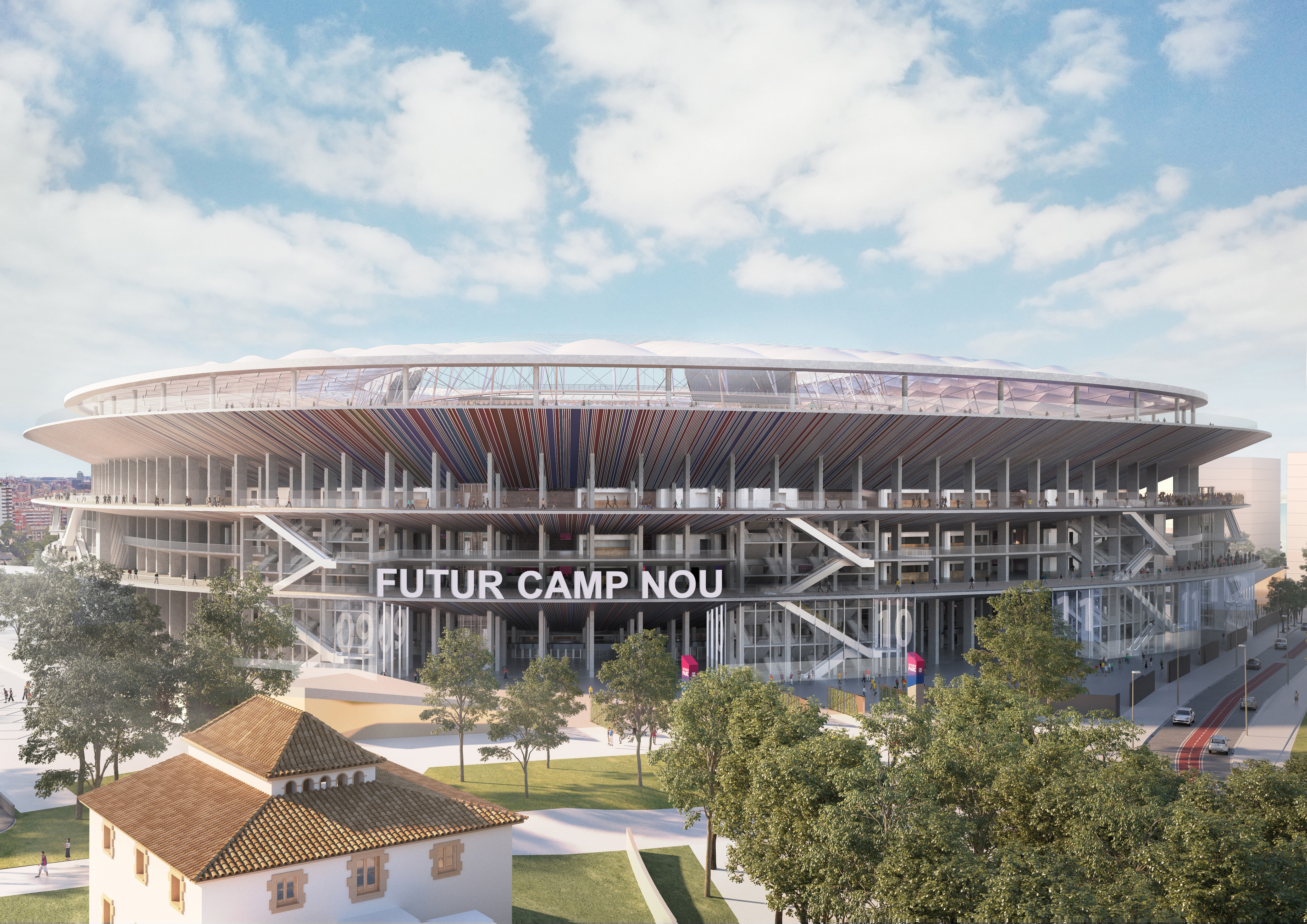 These three headquarters perfectly define the restrictions of the urban stadium in Madrid, Rotterdam and Barcelona. Enclosed among residential, office and industrial buildings, and close to railway tracks, it is impossible for them to build new infrastructures around them. As well, they need an eye-catching headquarter for its architecture. This is why the three clubs agree that the solution would be surrounding their buildings with something that transforms its appearance completely, making it more modern and attractive. They follow a trend established by the Beijing National in China, the so-called bird nest, or the Allianz Arena in Munich, which its exterior façade has become a tourist attraction within the skyline of the city and that is also what the future of these three stadiums are looking for.

Another common characteristic of these three stadiums are its galleries. They combine completely opened spaces with closed ones, in which stores, restaurants and other facilities can be found. They turn their outside area into a mix of a shopping centre and a public walkway. They are especially attractive on the upper floors due to the wide view they offer over the horizon of the city. Apart from a sports headquarters, citizens will also get a public park for walks, and even a space for fishing in the case of Rotterdam, as the river is close by.

The solutions of these three teams show the main characteristic of the current urban model, which establish their facilities as a sort of an island. With an attractive infrastructure, overcoming their sports symbolism and getting part of the residents and visitors to use them as a place in which they can spend leisure time. Regardless of whether they like sports or not, it will be a space which will relate to non-sporting events. 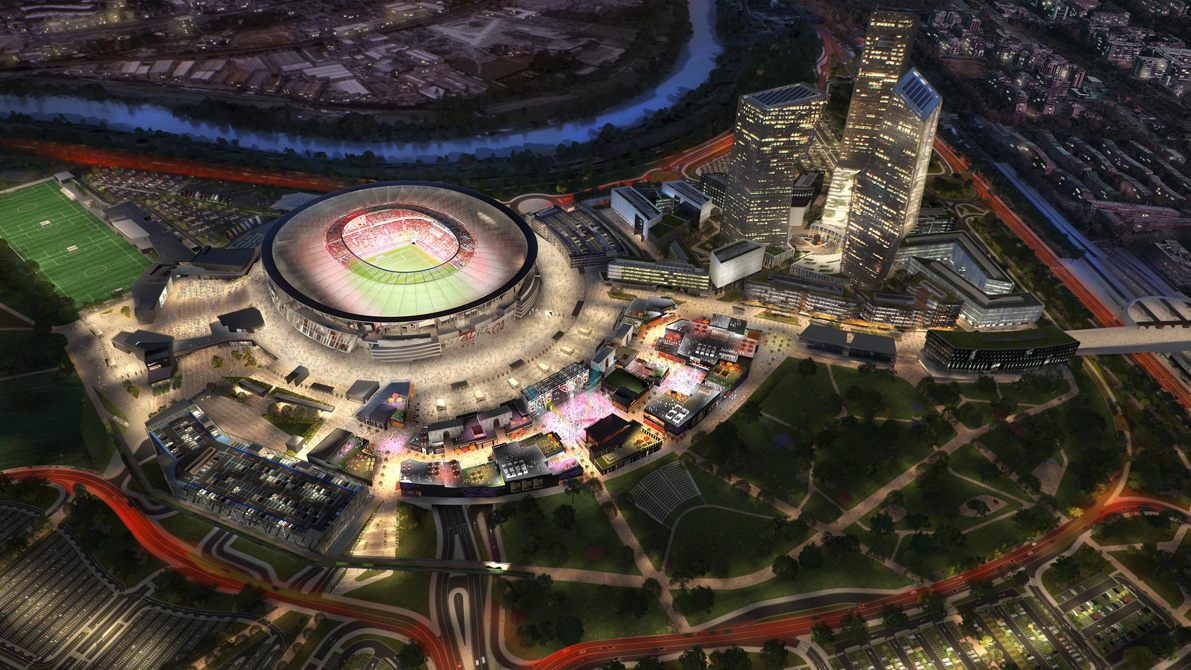 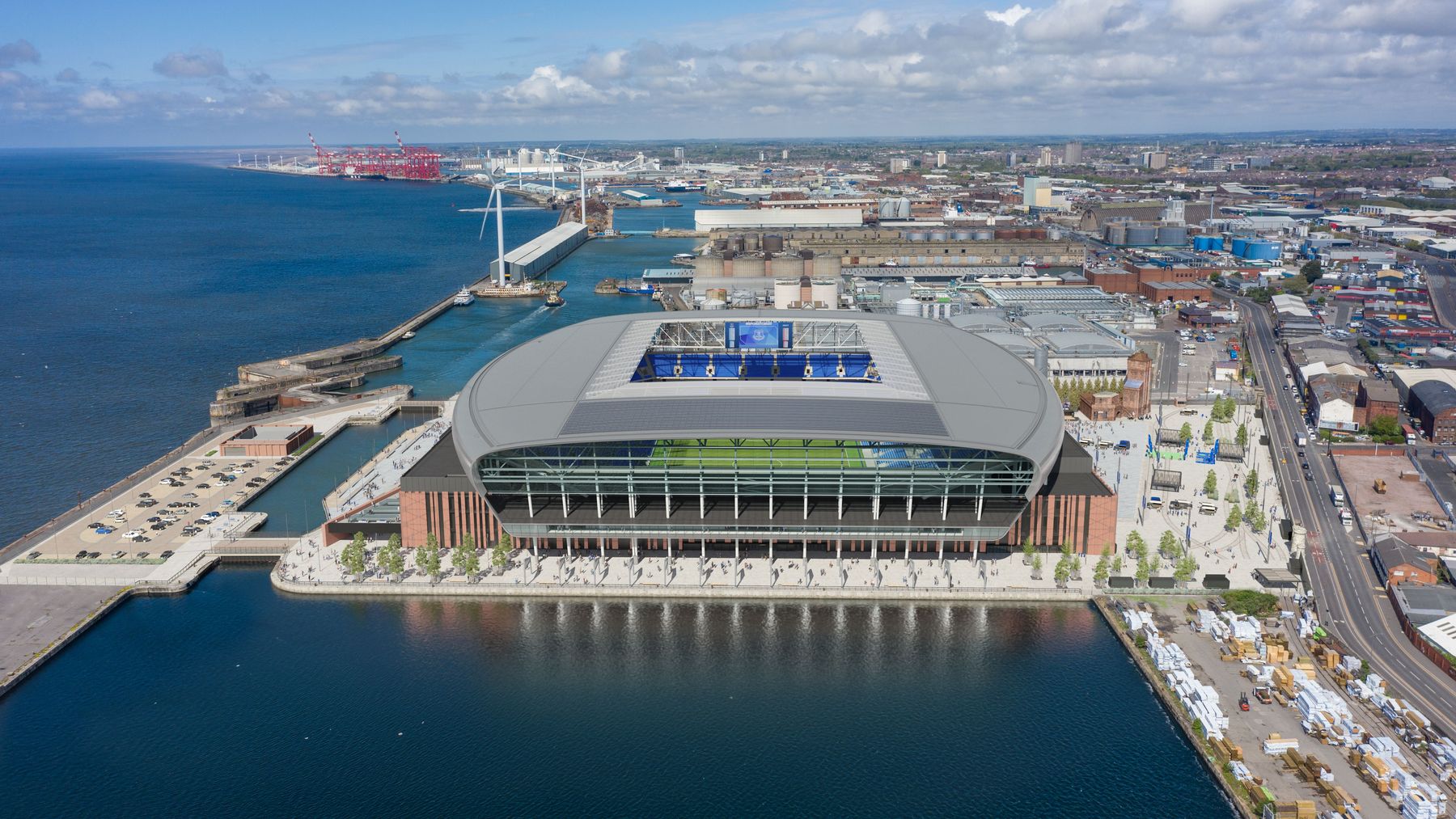 The metropolitan model is currently the most popular one, with many clubs trying to move their headquarters away from the city centre, as it is the case of Associazione Sportiva Roma, Everton FC and Atlético de Madrid. The great advantage of this model, is its ability to create their own infrastructures in agreement with third parties that bring attendance to the stadium on non-match days, turning it into a revitalised area of the city. They are located near highways, with a direct transport connection to airports and train stations. This boosts its potential for other sort of events as well as a business centre.

The Wanda in Madrid is the only one already built, but the urban ecosystem surrounding it is still left to be built. This autumn, the city council announced its plans to build a sports city in the surrounding area. They will take advantage of an unfinished building that was built to host the Olympic Games. Precisely, the participation of local authorities as well as other public and private institutions, is common in regard to the expansion of these metropolitan stadiums. La Roma is a great example of this collaboration, which envisions a metropolitan stadium with a financial district and a venue for leisure activities. The same will take place in Liverpool, where Everton F.C. will revitalise an antique port area from the 19th century, by restoring historic buildings. In this case, the city council has also committed to build a new access road and a train station.

If the urban stadium is an island, the metropolitan model resembles itself to a seed, that when growing, it expands its influence around it and boosts the development of the city. Let’s not forget that these two models can converge in ways that it is possible to combine them. Each team and each stadium have unique characteristics. Their board have to come up with original and avant-garde projects that will fulfil the needs of the city and club for decades to come.

Football has a huge ability to transform society. However, as the greater clubs are the stars of
today, we often look only at the ability of their star players as trend creators, or at the analysis of teams’ sports success.

There are two things that the president of the Forest Green Rovers, does not admit in his football club: that players eat red meat, or that fans can buy it at the stadium.